Seniors On the Go Travel tour director Cathy Stokes offered a "Mystery Trip" to the group. I had never been on a mystery trip before and on the Greenbrier trip, a friend said that they knew someone who was looking for a roommate on the upcoing mystery trip. When I arrived home from the Greenbrier trip, I checked my calendar and I didn't have any conflicts with the mystery trip, so - I contacted the person who wanted a roommate and we called Cathy and I signed-up. This trip, as many others that I had joined left about 8am from Lawrenceville, GA. I had to wash clothes and pack the previous day and arrived for the trip without any problems. My roommate happened to sit near the front of the bus, and since I boarded near the end of the people attending, I sat near the back of the bus. I learned after the trip started that Cathy doesn't tell you where you are going until you get there. I was under the impression from a meeting with the group, that when you got onto the bus, you were told where you were going. We were told at the meeting that the destination would not be a beach and would not be south. (In other words, pack heavier coats for going north.) After a lunch stop at Jackson's Cafeteria in Gastonia, NC, we rode a couple of hours and arrived in Lexington,NC. We went to the visitors center and were told about BBQ starting in that area with 'dipping sauce'. We went to the location of the first BBQ cooking pit and saw it inside of a new building. When the old building was being torn down, the BBQ pit was found and plans for the new building had to be altered to include a showing area for it. The town now has a BBQ contest and displays the winners.

We went to Mrs. Hanes Moravian Cookie Bakery and Cathy told us that we had a tour there. It was very interesting hearing about the company. A farmer started the business and his daughter continued with it and expanded it. Many years ago on the Oprah tv show, she had a special show called her "Favorite Things" and Mrs. Hanes Moravian ginger cookies was included in the show. After that, the company had an explosion of orders and struggled to fill them. The company does a lot of mail order and we saw many tins and boxes filled. The front of the bakery has a local store for the cookies and family made pottery. The back area has viewing to more operations and packing. Mrs. Hanes grandchildren now run the business and her daughter still works packing them. Travis, Mrs. Hanes daughters husband, gave us the tour and said that he was 85 years old. He certainly didn't look that old and he knew everything there was to know about the business. After the tour, we both tasted and bought the cookies before boarding the bus for our next unknown destination.

We had supper at a local restaurant. All of the food that we have with Cathy is good. After eating, we boarded the bus again and we were treated to a drive-through Christmas light display in Clemmons,NC. My pictures did not turn out well and I did not post any. The flash tried to brighten the subjects and reflected from the bus window.

The next morning we had breakfast, again, at the hotel. We boarded the bus about 9:15 and went to the Salem Welsome Center. We were not told where we were going until we arrived. We saw a short video about the old Salem restoration. Then, we went into a nearby auditorium and listened to a Moravian built organ that was played for a couple of songs. We were told how Moravians were 'peaceful' and did not want to participate in the Civil War. Also, that music was an important part of their everyday life. We walked across a wooden bridge over a 4-lane road and entered the Historic Museum. We viewed the handmade fine furniture, swords, rifles, etc. It was cool, but a nice day outside and we were advised to visit the baker's house in the village. One lady showed me the house on the map. She tried to tell me to go past the park then look for the house, but - then she saw that I had a map from the visitors center and showed me the house on the map. I walked up the hill and stopped for a few minutes in the gun shop. It was a small wooden house with a man building a flintrock rifle in the front. He had a fire going and it was warm. In the back of the house was a blacksmith hearth and it was not warm. We talked a few minutes and I continued to the baker's house. Inside, a man and a woman were making sugar cake. I took many pictures and enjoyed being there. Upstairs was a tea room, but the stairs were steep and I had already walked up a hill, so I didn't visit it. I returned back to the visitors center and thought that I would be getting back on the bus soon. It turned out that I had the wrong time for returning to the bus in my mind, so I sat and talked with others who were at the visitors center. Many students were touring the area and there were picnic tables outside for packed lunches, but - the leaders thought that it was too cool outside for them and they sat on the floor. When we drove away, I noticed about 7 school busses in the parking lot. The students seemed to enjoy visiting the village very much. I thought that they were about 10 years old and in the fifth grade.

We drove from Salem village to a local restaurant for lunch. Cathy had called them and we had a back-room for the group. The restaurant had an excellent salad selection and the salads were large. After eating, we rode to the Reynoldsa museum and toured. We had heard about R.J. Reynolds wife finding the location and hiring an architect for the building. On the tour, we were told that Harry Truman lay on the couch in R.J. Reynold's office. I forgot the story, maybe that he was to give a speech and lay down to rest a few minutes before it. The swimming pool is still used in the summer by some local children. After the tour, we returned to the bus. Cathy gave us a break and we returned to the hotel. My roommate and I took short naps.

We returned to the bus about 6 and rode about an hour. We turned into a street and Cathy told us that we were attending the "Barn Dinner Theater". After getting out and being seated, we had a program that told us the "Barn Dinner Theater" is the longest-running dinner theater in the US. The announcer asked us to not take pictures of the show. We had a buffet in the middle of the room and each person served themselves. Waiters brought drinks and took away used plates. The buffett middle was removed and a wooden platform lowered from the ceiling. The band included a drummer, a bass and regular electric guitar, and a keyboardist. The cast included 4 women and 3 men. There was a large variety of Christmas songs that were entertaining. All of the songs were quick-paced and the time of the performance flew by. The food was good and the entertainment very enjoyable. We noted from the show notes that tomorrow would be the last night of this show. The entrance included a picture of Patsy Cline being there, as well as many other famous people.

The next morning, we ate breakfast at the hotel and spent the day riding back to Atlanta. Many people on the bus had reports of bad weather and there was snow in Rock Hill at the Visitors Center when we stopped. Barry, our bus driver, was able to return us safely to the parking lot about 7:30PM. We were happy to see that the parking lot had no standing snow and that we could return to our cars without slipping on ice. I had a pole scraper and pulled the slushy snow off of my windshield. I had decided to drive on main roads home and hoped that traffic would not be bad. The interstate was surprisingly sparse. Schools and many businesses had let everyone go in the middle of the day and traffic jams resulted. By the time we got home and unloaded, the snow was slushy and was not freezing on the ground. We were lucky. It could have gotten colder and the roads would be icy. I do not have experience driving in snow and went slow. Near my house, the streets were deep with snow, but it wasn't frozen so I didn't slide. I was thankful to return home safely from a wonderful trip.

We walked from the visitors center through town and boarded the bus at the back of the hardware store. Everyone had a great time shopping in the area and learning about the town. 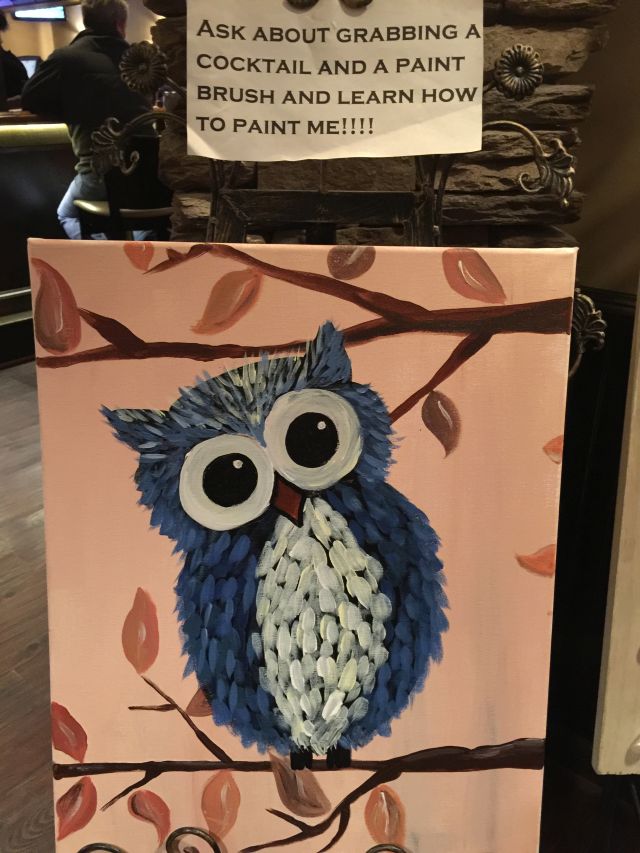 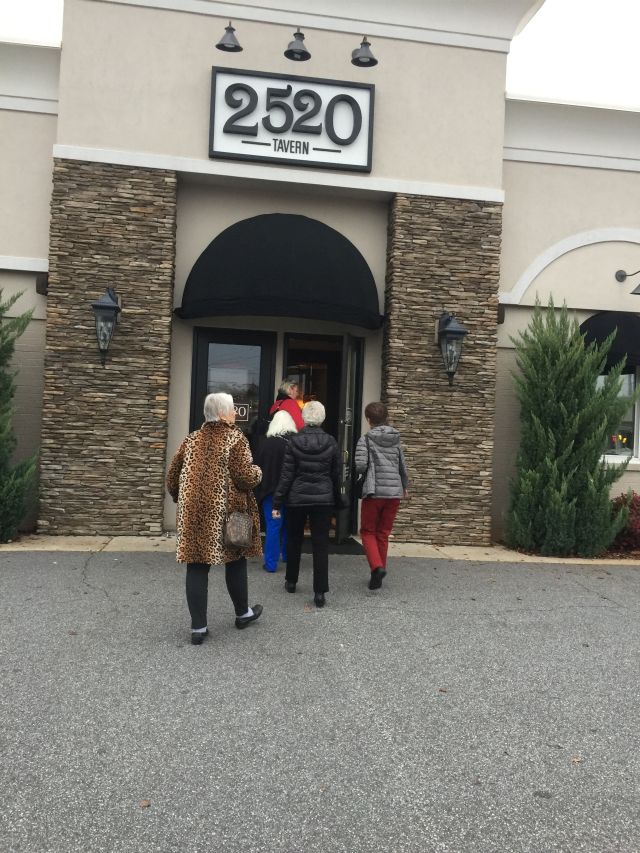 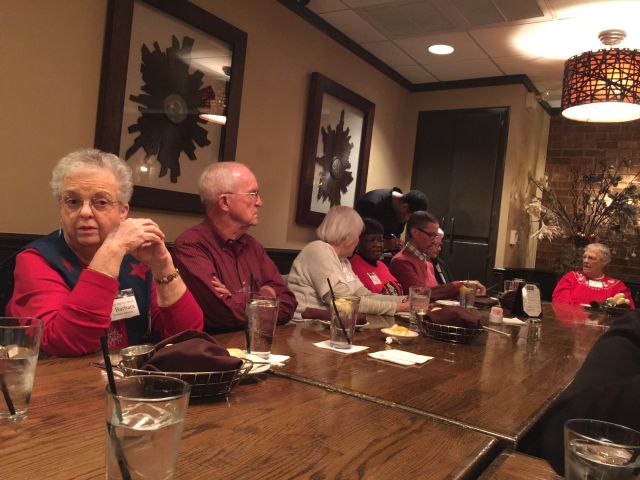 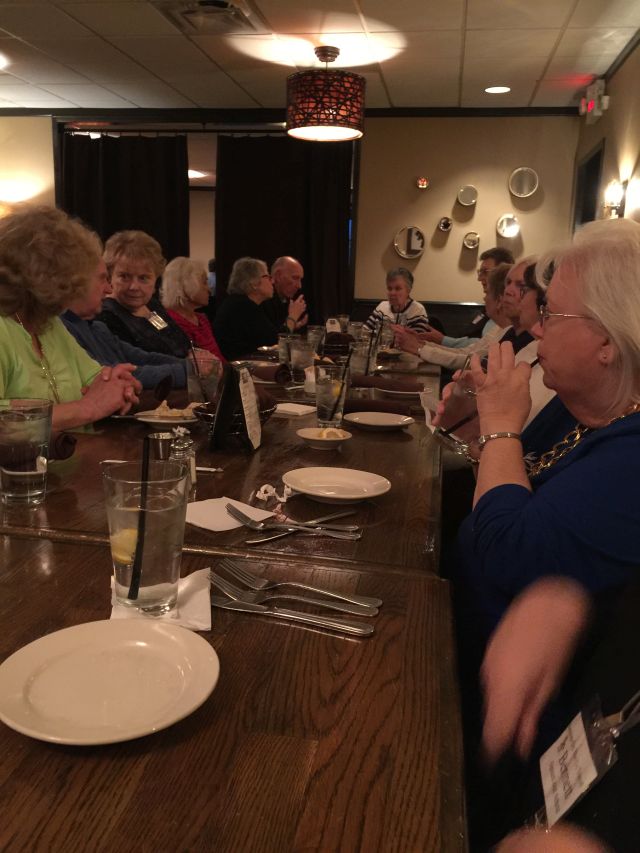 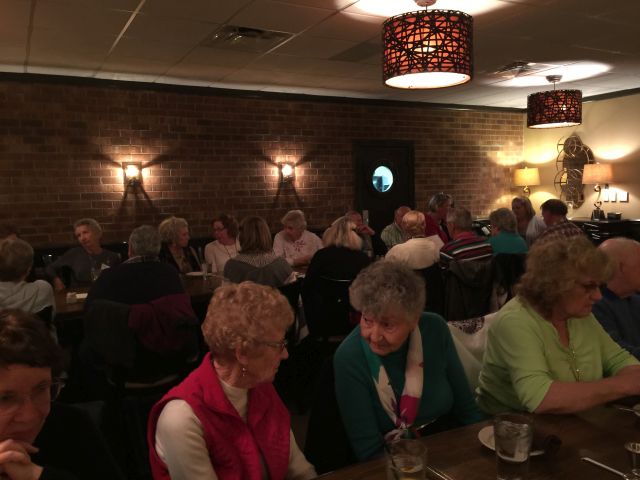 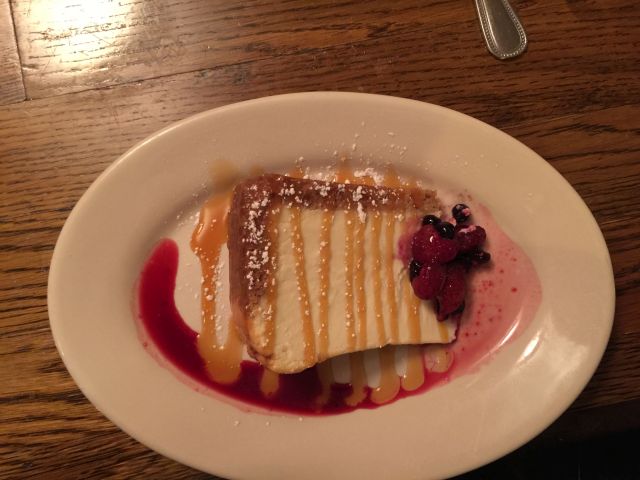 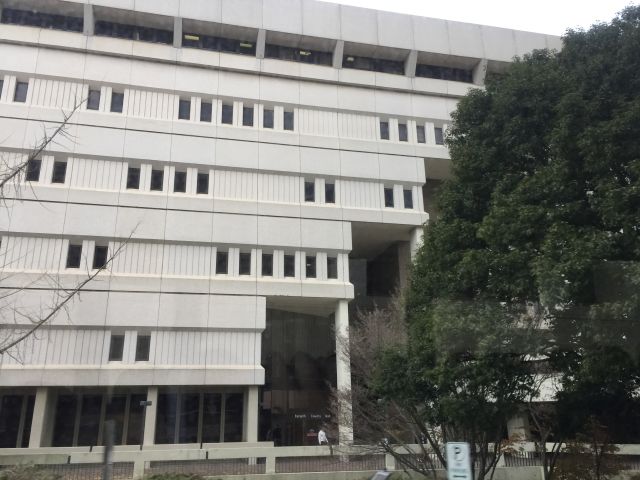 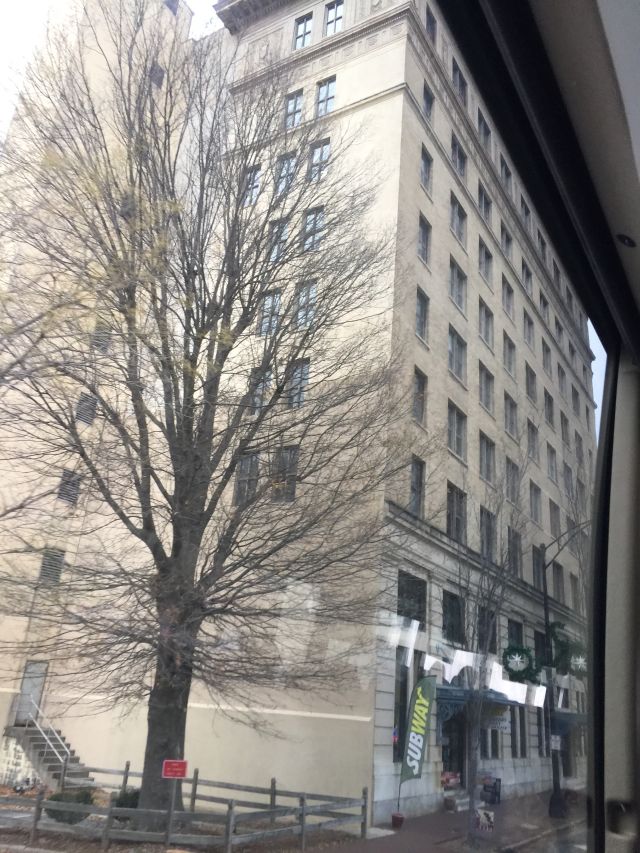 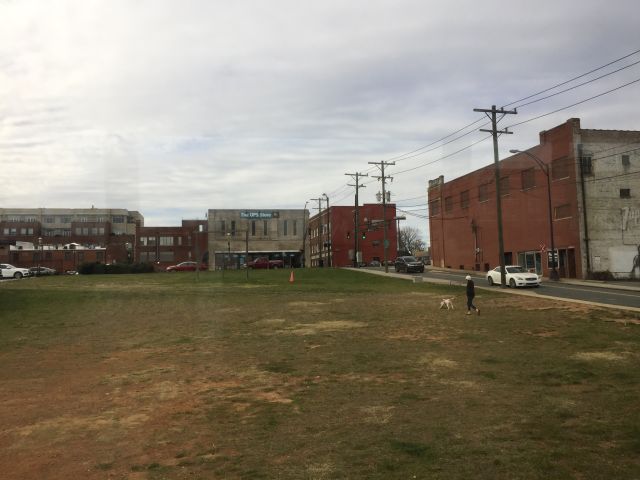 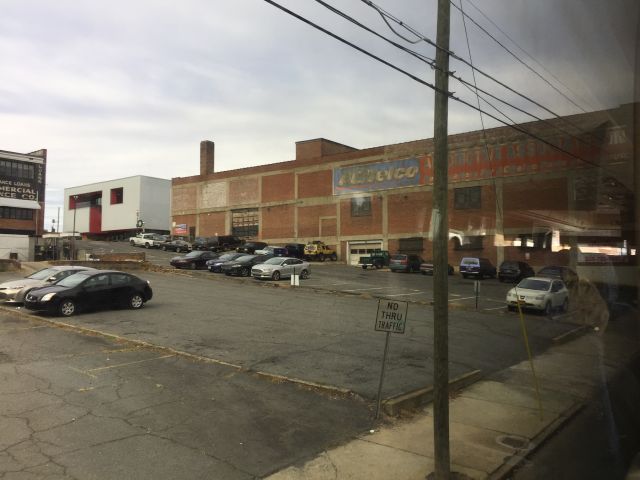 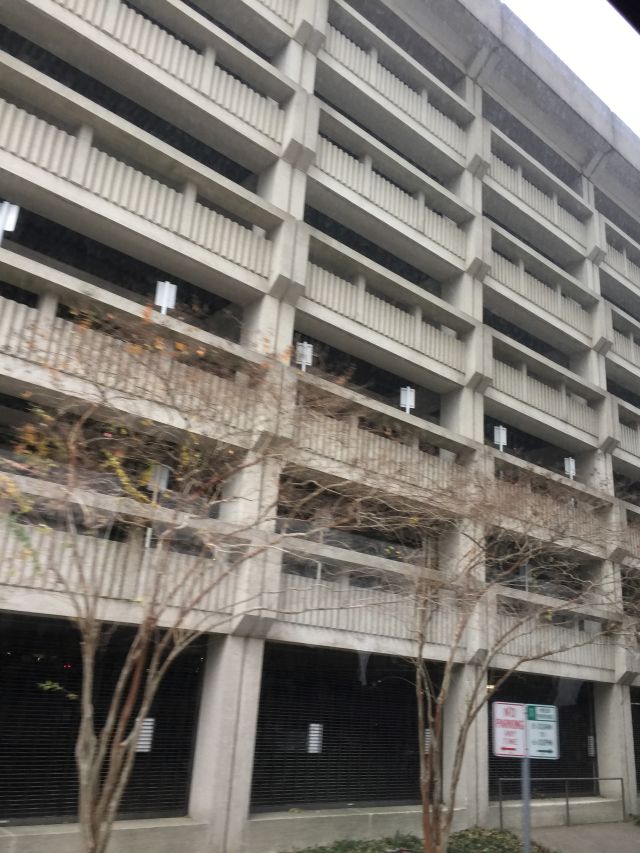 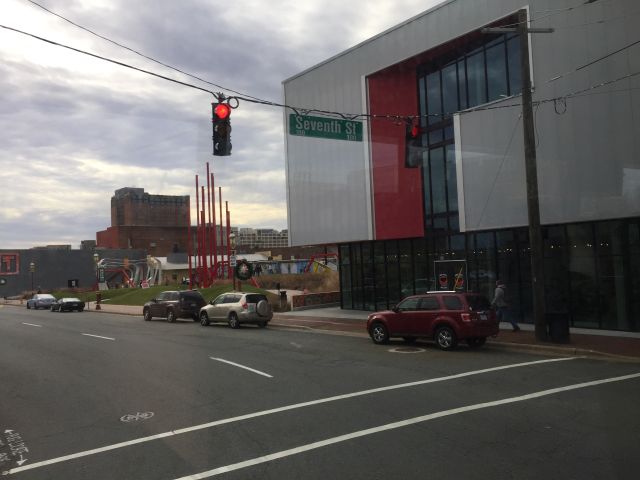 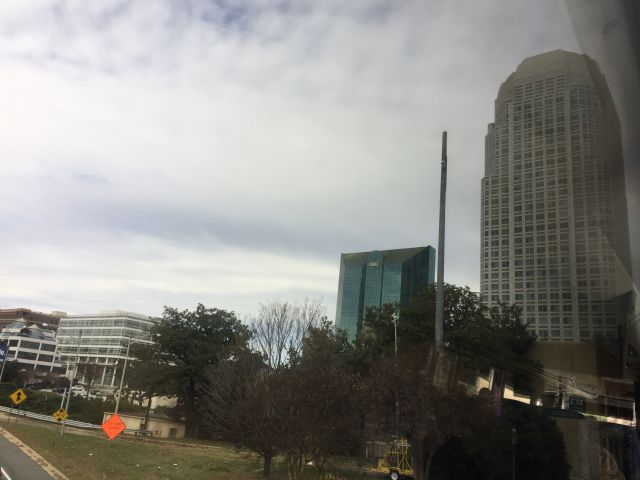 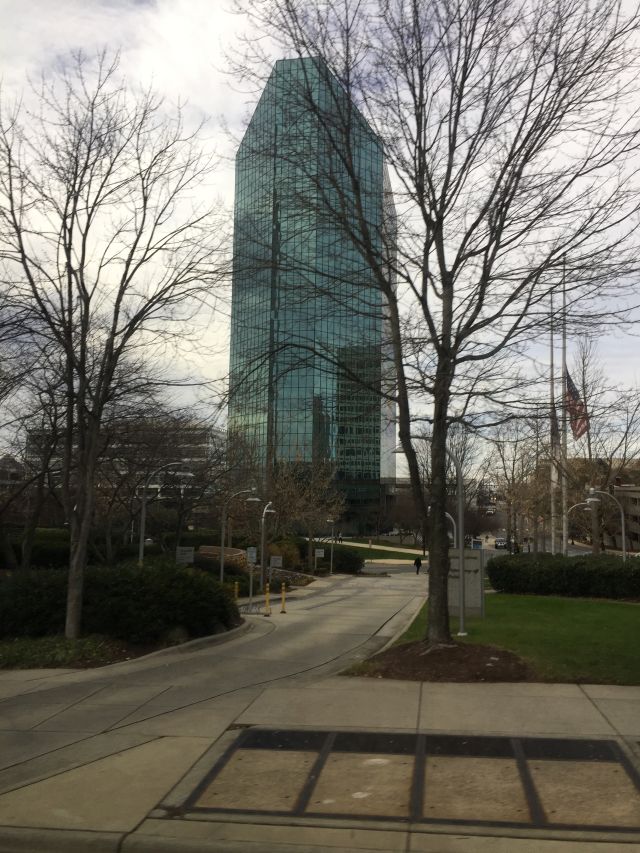 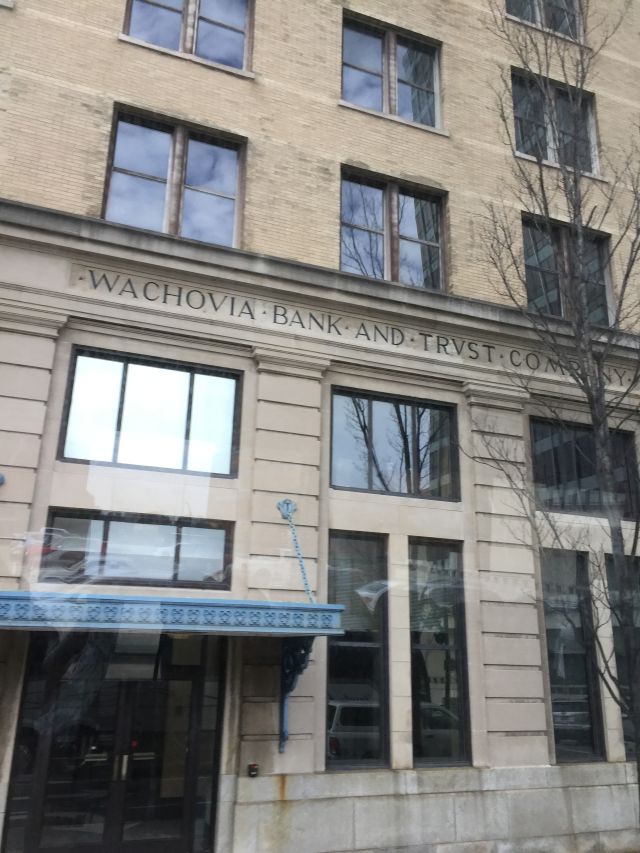