I traveled with the group Seniors-On-the-Go-Tours to the Columbia River and toured the river with the American Queen Steamboat Company. It was an OUTSTANDING trip. As usual, I took many pictures and had great difficulty deciding which ones to publish on this travel-blog. The software of wordpress allows grouping pictures into galleries and I've found it best to use about 20 pictures per gallery. The top 3 galleries is the tour and the last gallery is the boat and some food that was served. I hope that you enjoy the pictures as I really enjoyed the trip.

A short day-by-day description is:

The Columbia River has a lot of history which includes the hunters and trappers in the area who preceeded the Lewis and Clark Expedition. There were many maps and information about their trip as well as the expansion into the west with the pioneers and some information about the Indians who lived there. I was totally amazed at the wagon trains that travelled the Oregon Trail. We learned about the history of each town and the kinds of people who were the early population. Many of the early towns were unruly and law-and-order were not present in them.

The jetboat ride excursion was incredible. We went about 50 miles from the landing upriver and saw some wildlife on the trip. The nuclear-plant excursion was very educational and included an explaination of the chemistry involved with creating plutonium. The town of Richland was created by the Corps of Engineers for the people who worked at the plant. The government required the people who lived in the area before the plant to sell and leave. The area is totally affected by the nuclear-plant creation and the eventual dismantle of most of it. Our trip was blessed the whole way with good weather. We were told that it was going to rain one day. I expected a 'Georgia-rain' with a lot of water. We were in the high-desert where there is only six-inches of rain a year and what we received was what we would call a 'Georgia-sprinkle'. On the boat-ride, the scenery went from 'high-desert' at Clarkston (and a relatively narrow river) to the green mountains of Astoria, and a gradual flattening of land to Vancouver (and a very wide river). I have to admit that my favorite picture is the one of the Floozies-of-TheDalles. We were greeted by them when we got off the boat to tour the area. They gave us a red bag of maps and discounts. They made me feel welcome to the area. The food on the boat was exceptional. We ate beef, lamb, trout, crab cakes, and lobster for main courses. We had many varieties of bread, soup, vegetables and DESERTS. The mud-slide on the last day was best, in my opinion. (See the picture with 3 desserts. Brownie on bottom, ice cream in the middle, and whipped cream with cherry on top.) We also had a show-program which included a 4-piece band (piano, bass, drums and saxophone) and 2 performers, a male and a female. Special performances were provided by the company singers. One night was rock-and-roll with line-dancing and a romba-line. The piano-bar was my favorite after dinner each night. (My mother played piano and I never learned how to play, so I enjoy listening to someone play for groups such as the ones on the boat.)

Lastly, I grouped the pictures of the boat, our entertainment and a sample of our meals. 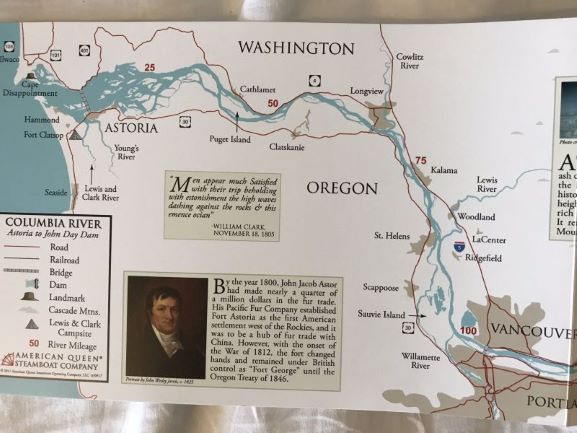 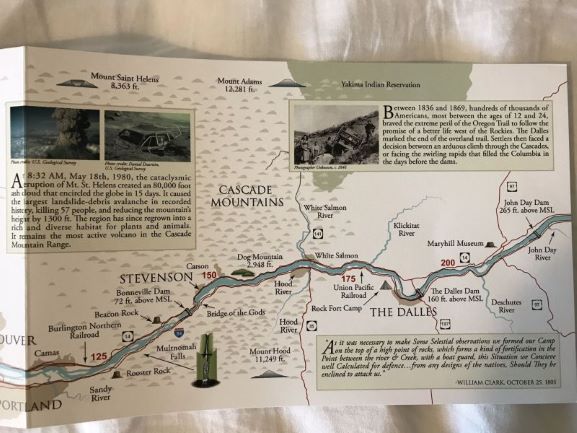 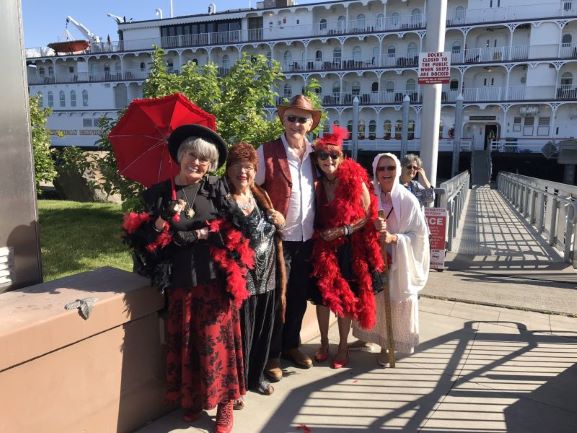 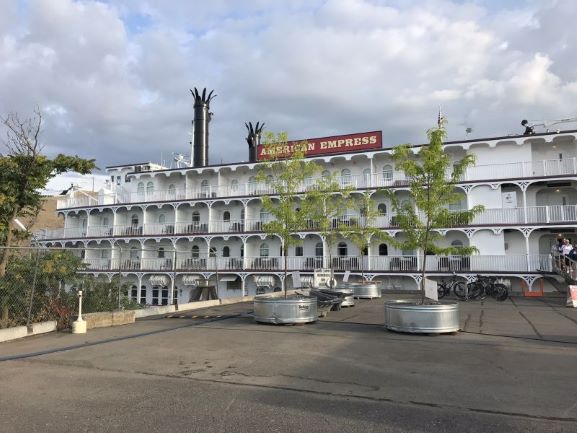 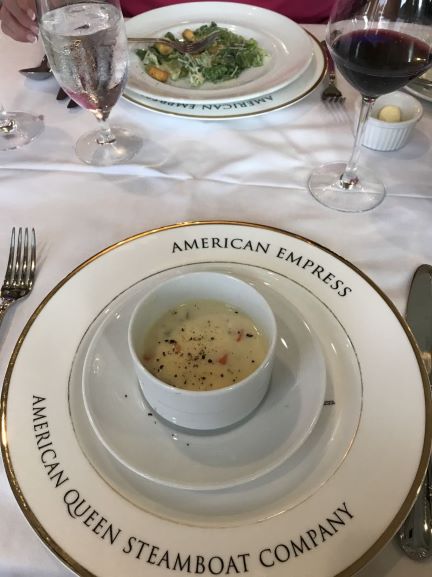